Get fresh music recommendations delivered to your inbox every Friday.
We've updated our Terms of Use. You can review the changes here.

There's Something About Screw Loose 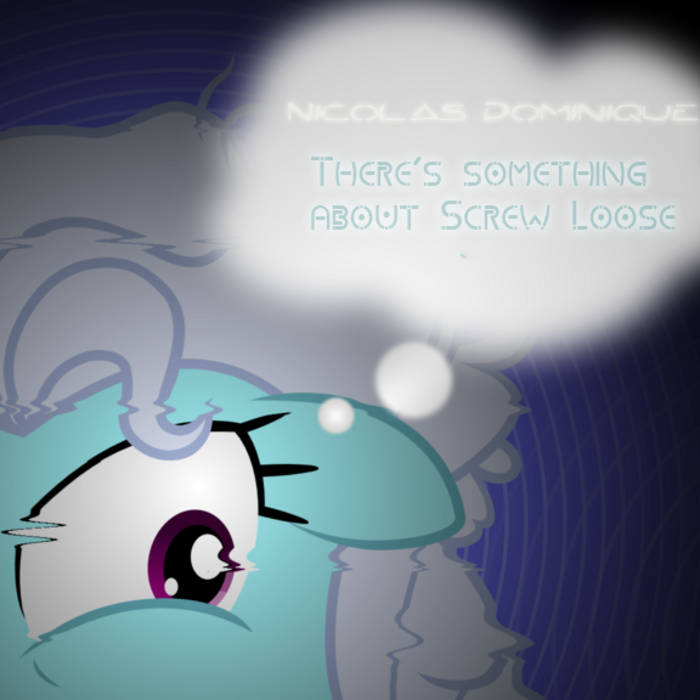 Album contains four tracks - first three are mix together into one big one.

It all started in a small hospital, just outside Ponyville. Like a lot of these institutions, it also had a place for ponies who…weren’t really all that well mentally. Through the years a whole horde of ponies came through the psychiatric department. Most ponies got better after a month, two at most, but among them was a pony who had been there as long as Nurse Redheart could remember.

She was an aquamarine earth pony with a silver mane and plum coloured eyes. Sometimes she thought she even saw a glimpse of caged intelligence but as soon as she saw it, it would give way to her puppy impersonations. Redheart didn’t know the mare’s name, no pony did, the Doctors called her Screw Loose after the silver screw that adorned her flank.

She has been at the hospital for many years. Redheart tried to help her with all her might - in her free time she looked for different specialists who could potentially help her, yet none of the could do anything. They tried many things like slight shocks or putting the mare in a trance - without success.

And then he arrived. An orange unicorn with a fiery mane and an audio wave on his flank. He didn't give his real name, giving only his stage name, Nicolas Dominique. He said that he heard about Screw and that he can reach her with music and sounds. Redheart was skeptical of the idea, but she still took him up on his offer. After all, what did she have to lose?

The unicorn came in and set down his equipment next to Screw’s bed. He looked down at her and promised that he would help her. After which… he put on the music.

0:00 - At first nothing seemed to happen. The aquamarine mare didn’t seem to react at all to the music, it was only when the bass came out of the speakers did she seem to come out of her trance. She would move and twitch to the melody. She would open her mouth and try to hum the melody, something that Redheart had never seen her do. When the music quietened, she calmed down, breathing heavily.

3:28 - They moved Screw to isolation with the padded walls to continue treatment. This time with livelier tones. Just like with the melody, she didn’t seem to react to the music at first - she sat in the corner of the room, curled up in a ball. It was only later that she started trying to hum the melody again, this time nodding her head and moving her hooves in front of her as well. She still occasionally bark like her old self, but it was clear that she was slowly getting better with this treatment.

8:48 - After all that they took her to a normal ward so she could rest up a bit. The unicorn played his last bit of music as Screw lay in the metal bed. This one wasn’t all that different to the previous two, yet she relaxed into it. With each new note she grew more and more relaxed until she fell asleep.
The stallion left as suddenly as he appeared. Nurse Redheart could swear that this was all a dream… Yet as she walked onto the ward she realized it was all real. She cried as she saw Screw Loose sitting by the window, admiring the world outside.

Cover art: Prince of Void
Video and animations: www.youtube.com/user/SunriseMLP
All pics in video were made by Sunrise's sister - Halven Lepony...
Funfact: ...and she made them all on her Nintendo 3DS.

Screenshot from an episode "Just For Sidekicks" - all rights belongs to Hasbro and Studio B.

Hello there! Your daily dose of addictive music speaking!

A lot of awesome things await you! From inspiring ambient chillout experience to positive trance, all here to make your day brighter!

Enjoy your stay and let the music flow through you! ... more

Bandcamp Daily  your guide to the world of Bandcamp

Guests John Beltran and Kim Myhr walk us through their magical musical adventures.